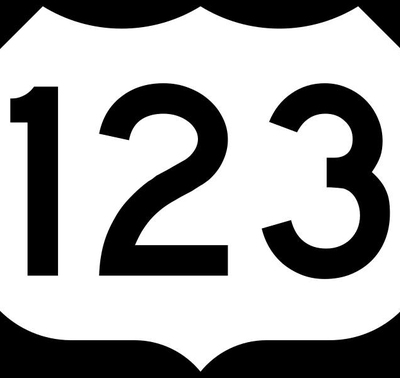 It's no surprise that Clemson-area citizens want their local politicians to help solve the problem of Hwy 123's congestion. Instead of a quick soundbite, I’ll explain the issue as I understand it from the position of the office I’m running for – Pickens County Council.

First, Hwy 123 is managed by SCDOT. It is not a county road, so the county cannot make changes to it. Furthermore, the congested part is in the City of Clemson – again, not in the County’s jurisdiction. (FYI, Clemson has only 2 county roads, but we have a surprisingly high number of state roads.)

SCDOT relies on input from the City of Clemson regarding 123 usage, so traffic studies done by the City or region can help SCDOT better understand the situation. Earlier this summer, Clemson Mayor Halfacre requested that Pickens County Council help fund a regional traffic study to better understand the region (mostly Clemson, Pendleton, Easley) and Council agreed to contribute (along with other municipalities). Again – this study has now been funded by Council. The next step is for RFQs to go out. The study will help highlight specific problems in the area, which makes it easier for future administrators to request grants and other funding (which may eventually lead to some improvements). But it’s also worth noting that GPATS (of which Clemson’s mayor and 2 Pickens County Councilmembers sit on the committee) has already done extensive studies of the region and is also working on 20- and 30-year plans for the area (their helpful interactive projects map shows that 123 in Clemson is on the list for some improvements, but not widening). So, rest assured, studies are underway to ensure we understand the problem, but this process takes a long time.

Furthermore, when I talked with stakeholders at the GPATS public meeting in July, I learned that the majority of traffic clogging 123 is from through traffic (Seneca to Easley/Greenville). Clemson students are not the issue – they’re simply visiting the businesses along 123, which slows down and backs up the commuters. So calls to restrict student housing in that area or make the university get involved aren’t really targeting the source of the problem. Those folks are supporting our local businesses, so we need to be smart about calls to reroute them.

There have been talks of routing commuters via a bypass, but that costs hundreds of millions of dollars and simply is not feasible. There have been proposals to run a road by the railroad, behind the northside businesses, which would also be quite expensive but less so, and those businesses pushed back strongly. As far as I know, neither plan is being pursued. SCDOT will most likely come in soon and add a median to prevent all left turns. They’ll do this to reduce traffic accidents, even if local businesses don’t like it. Again, County Council will not have a direct say in this.

So, in short: County Council has just funded a new regional traffic study, which is a productive first step to gain even more information and to help secure future funds for improvements. GPATS, which includes City and Council input, has a long-range view and is regularly studying the area and what is most in need – and right now, 123 in Clemson isn’t a top priority (by traffic counts, projected growth, or accidents). SCDOT will likely intervene to help with safety on 123, but not with congestion issues.

So, what can be done?

I’d like to look into additional public transportation routes and services to try to alleviate some car commuters. And I would like to see an addition to the Pickens County Comprehensive Plan to limit curb cuts between Clemson and Easley, so that we can avoid making the area north of the city as congested as Easley, and then present this curb cut limit recommendation to SCDOT. Yes, County Council can productively help with traffic on 123 – but not in ways that are direct or fast.

I’m still learning about all of this – I welcome your questions, additions and discussion!